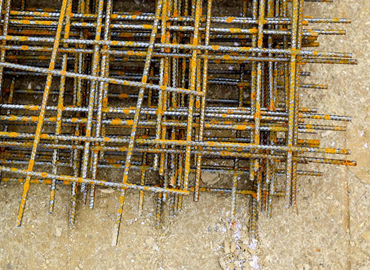 Metal Rod Sticking out of Foundation

The Trials and Tribulations of a Millennial Homeowner

It is no secret that homeownership comes with a learning curve. In fact, when my husband and I moved into our first home we were CLUELESS. Shortly after moving in, the heater suddenly stopped working. It was freezing that day(45 degrees is freezing to southerners), so I quickly called the HVAC repairman. An older man arrived at our house, took a few minutes to look at the system and said, “Ma’am, the heater isn’t working because your gas is shut off.” Amidst the chaos of moving, my husband had forgotten to transfer the bill into our name. As I mentioned before, we were CLUELESS. To make a long(and slightly embarrassing) story short, I learned the first of many lessons in homeownership; HVAC systems often use gas for heating.

Surprised by my lack of knowledge, my new friend/repairman had a true “dad-moment.” He stopped dead in his tracks and gave me a tutorial on how to operate various appliances, light the pilot lights, etc. Wow, talk about going above and beyond!!

Getting Back on Topic

As homeowners, we have to help each other out and share tips when we stumble upon them. You probably already knew that the HVAC uses gas to produce heat, so I can’t help you there. However, I do happen to know a few things about foundation settling in the Dallas – Fort Worth metroplex. In honor of paying it forward, I would like to share a few words of wisdom that a  wise engineer shared with me when I saw a metal rod sticking out of my foundation…

“If you notice a metal rod sticking out of your concrete slab, that doesn’t mean that you have foundation problems.”

During the construction of a slab on grade foundation, metal cables known as rebar are arranged throughout the slab (per the direction of the engineer). Then, a machine is used to apply calculated stress to each rod. After tensioning, every rod is trimmed and anchored to the slab edge. Finally, the pocket where the anchors are located is filled with cement. This magical process is why your slab can withstand so much weight!

Many homes in Dallas – Fort Worth have noticeable patches where the post-tensioned cables have been sealed. In order to protect the post-tensioned cables from weathering and erosion, builders fill in the space surrounding the rods and seal each cable end. It is common for patches to be visible in the end product. The image above shows a typical concrete slab in Dallas – Fort Worth, Texas. In this case, there is no cause for concern but the homeowner should monitor the rods to ensure that they do not protrude any further.

This next image (above) shows a plug that has deteriorated over time. The post-tensioned rod is vulnerable and should be repaired immediately. Exposed cables are subject to water exposure which can cause the cables to rust and potentially snap. As such, these exposed cable ends should be cleaned and patched with non-shrink concrete to prevent damage. This repair should be performed by a qualified c0ncrete or brick mason.

Occasionally, post-tensioned cables break and need to be repaired. If you happen to be nearby when one snaps, you will hear a loud POP! When a post-tensioned cable is severed, it is crucial that you call a Licensed Professional Engineer right away to prevent further damage to your home’s foundation.

“Your house isn’t going to crumble into bits.”

In conclusion, don’t freak out if you see something that resembles rebar sticking out of your home’s foundation. It doesn’t mean that your house is going to crumble. By using the tips discussed in this blog and others on our site, you can be proactive in preserving the health of your Dallas Fort Worth home’s concrete slab foundation.

If you have concerns about your home’s pier and beam or concrete slab foundation, call one of our Licensed Professional Engineers for a full foundation evaluation. (817)576-1973

Don’t forget to pay it forward by sharing this article with another homeowner!

No comments to show.